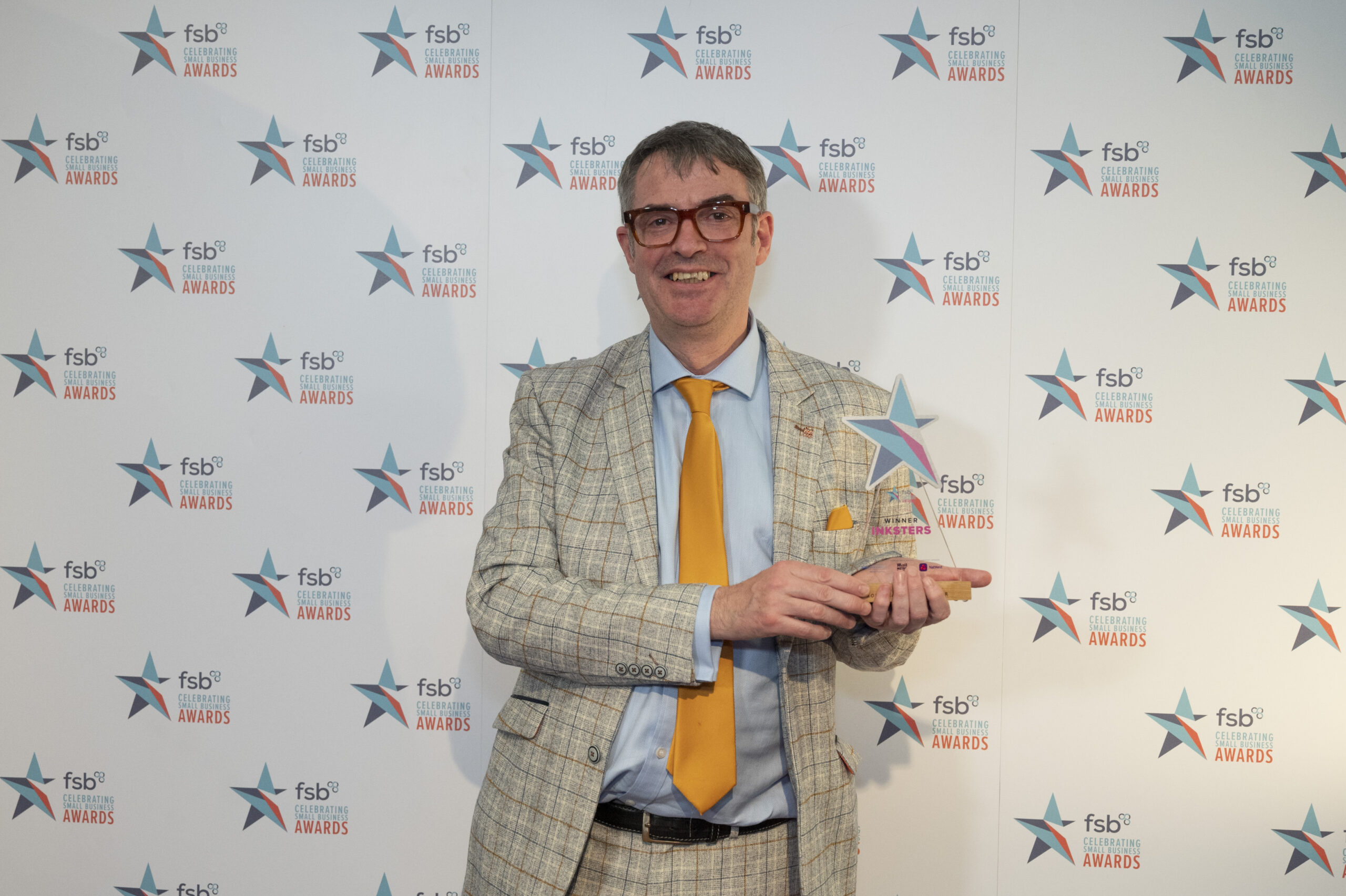 Inksters won the UK Sole Trader of the Year Award at the Federation of Small Businesses (FSB) Awards held in Glasgow on Thursday and hosted by TV personalities Clare Balding and JJ Chalmers.

Having won the Scottish regional heat for this award in March Inksters were up against the other 11 regional finalists for the UK title.

Accepting the UK Sole Trader of the Year Award, Brian Inkster told Clare Balding about Inksters’ fee-sharing law firm model where other sole traders operate under Inksters’ umbrella. They do not need to worry about the back office operational work or regulatory matters. That is all taken care of for them by Inksters. They can run their own businesses under Inksters’ business and so, in effect, Mr Inkster said “we are allowing sole traders to flourish.”

Clare Balding replied “I love that because you are like the perfect parent, you look after them and let them do what they want.”

First Minister, Nicola Sturgeon, spoke at the award ceremony where she congratulated the winners and said that “all of us owe you a huge debt of gratitude for all the dedication, effort, ingenuity, creativity and the resilience – particularly over the past two years – that you have shown.”

“Brian impressed the judges with the transformation he introduced to his company during the pandemic which transitioned it to a law firm where solicitors are all self-employed/sole traders. Brian himself operates as a sole trader supported by a range of self-employed solicitors in offices in Aberdeen, Edinburgh, Eigg, Forfar, Inverness, Lerwick, Portree, Thurso and Wick, with back office support provided from a base in Glasgow.

“Going it alone in business is no mean feat, so it’s important to recognise and celebrate the tenacity and drive it takes to do so.

“It takes grit and talent to thrive in the face of constant challenges but, despite all the headwind, this is a brilliant example of ingenuity, innovation, creativity – a perfect illustration of how vital small businesses and the self-employed are to the economy and to our communities.”